For a better experience please update your browser.

Your browser must have cookies enabled otherwise you will not be able to login or register. Please enable cookies in your browser and then refresh the page to continue.

Cottonopolis' Secret Supper Club events are gaining national acclaim for taking immersive dining experiences to the next level. This spectacular two night MFDF  version is to be the brand's most ambitious yet with the Dining Dome transformed by the Visual Architects into a specially curated dining production of Battle Royale. Based around the Japanese cult film Battle Royale, released in 2000 and a precursor to Hunger Games, it's billed as '80 contestants, six courses, one survivor'. Expect head chef Joe Grant's food to be equally spectacular.

Due to the nature of this event and the set menu, not all dietary requirements can be catered for, please contact us before buying tickets as tickets cannot be refunded.

Your data is being transmitted securely via a strong 256-bit encrypted SSL connection.

Total booking fees comprise charges for IT services, credit card charges and/or other administrative fees allocated by the event organiser 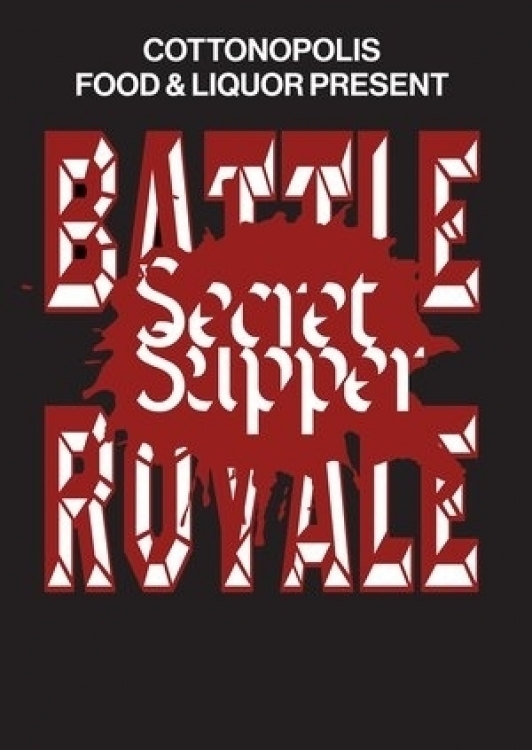